The Marine Sweepers, soon coming to a Port near you 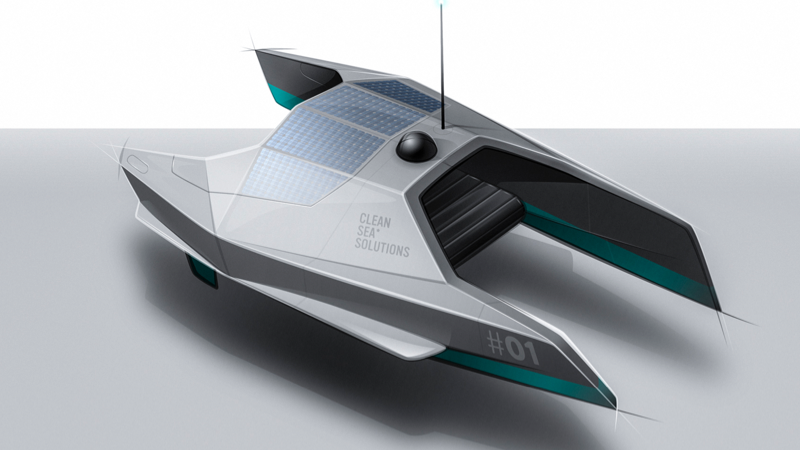 UN has described marine pollution as one of the fastest growing environmental challenges in the world. On a global scale, between 8-10 million tons of plastic end up in the ocean every year. I invited CEO in Clean Sea Solution, Niels Astrup to talk about marine pollution and how they propose to be part of the solution.

Niels Astrup and Per Elvestuen met at the “Keep Norway clean” conference. Niels had an idea of ​​an autonomous drone for collecting garbage, Per with many years of experience as communications manager from Avfall Norge and marine litter. Together, they founded the company Clean Sea Solutions in 2017 with support from Innovation Norway. Together with Oslo harbor, they will launch the first autonomous Marine Sweeper this summer.

We want to show that the development of sustainable and innovative solutions can make perfect sense commercially. It should be possible to make money on developing environmentally friendly products. By highlighting the combination of both a sustainable environment and economy, more jobs can be created with a focus on producing environmentally sound solutions. – The best driving force is egoism – Is this good for me? We usually relate what’s close to us – is the beach at Huk clean and tidy? Is water clean? We understand the environmental issue based upon what affects our everyday life – The idea that something is good for the world and the global environment is too complicated and remote for many to relate to.

Clean Sea Solutions has developed several solutions for collecting garbage, in our conversation, we focused on the Clean Sea Robot, which soon will be tested by the Port of Oslo.

The common denominator for all development in the company is the UN’s sustainability goal no. 14 “Life below water” and is what all new innovations are measured against.

Clean Sea Robot is an autonomous multi-purpose drone that can perform multiple tasks. It is built as a catamaran and measures 2 × 3 meters. The dragon can identify and pick trash within a defined area using a management program and AI technology. In addition to running garbage collection, there is a multi-use platform that can perform water samples, report temperature, and record and report emissions. Clean Sea Robot is a service platform with the environment as the headline says, Niels. This will be tested by the Port of Oslo during 2019.

Oslo was recently named Europe’s environmental capital in 2019, in connection with this election, Niels came into dialogue with the Bymiljø agency about a pilot in Oslo harbor. The goal is to run a pilot permanently in the inner port and to expand operations to surrounding beaches.

The boat the “Pelikan” is an environmental hero that picks up many tons of garbage from the harbor pool every year. The Pelican operates every morning and picks up trash, most of which comes from land. It has gradually become a permanent feature of the cityscape. In December 2019, the Pelican is to be replaced by an electric boat that will keep the harbor clean without even polluting the air. During 30 years of operation, the Pelican has picked up about 1.5 million kilos of garbage and driftwood from the harbor.

The idea is that the Pelican will focus on the big items that float in the sea and leave to the Clean Sea Robot to handle the smaller items. The pilot’s success is that Clean Sea Robot picks trash that is too small for the Pelican – along the quay edge, the garbage that is not picked up otherwise.

Niels describes a 3-part plan for the next 12 months. First and foremost, is the production of the hull itself and the installation of communication equipment and propulsion systems. The most complicated thing about the boat is still the actual collection solution. Assembly and testing of the collection solution are planned during the summer / early fall.

According to plan, the first full-scale version of Clean Sea Robot will be put on the water for test driving this summer.

Just as we sweep and clean the road and parking spaces/loading- and unloading areas, the idea is that Clean Sea Robot will be able to function as an operational development platform for further development of solutions within maritime renovation and to ensure that the seaway is maintained in the same way as on land. Niels.