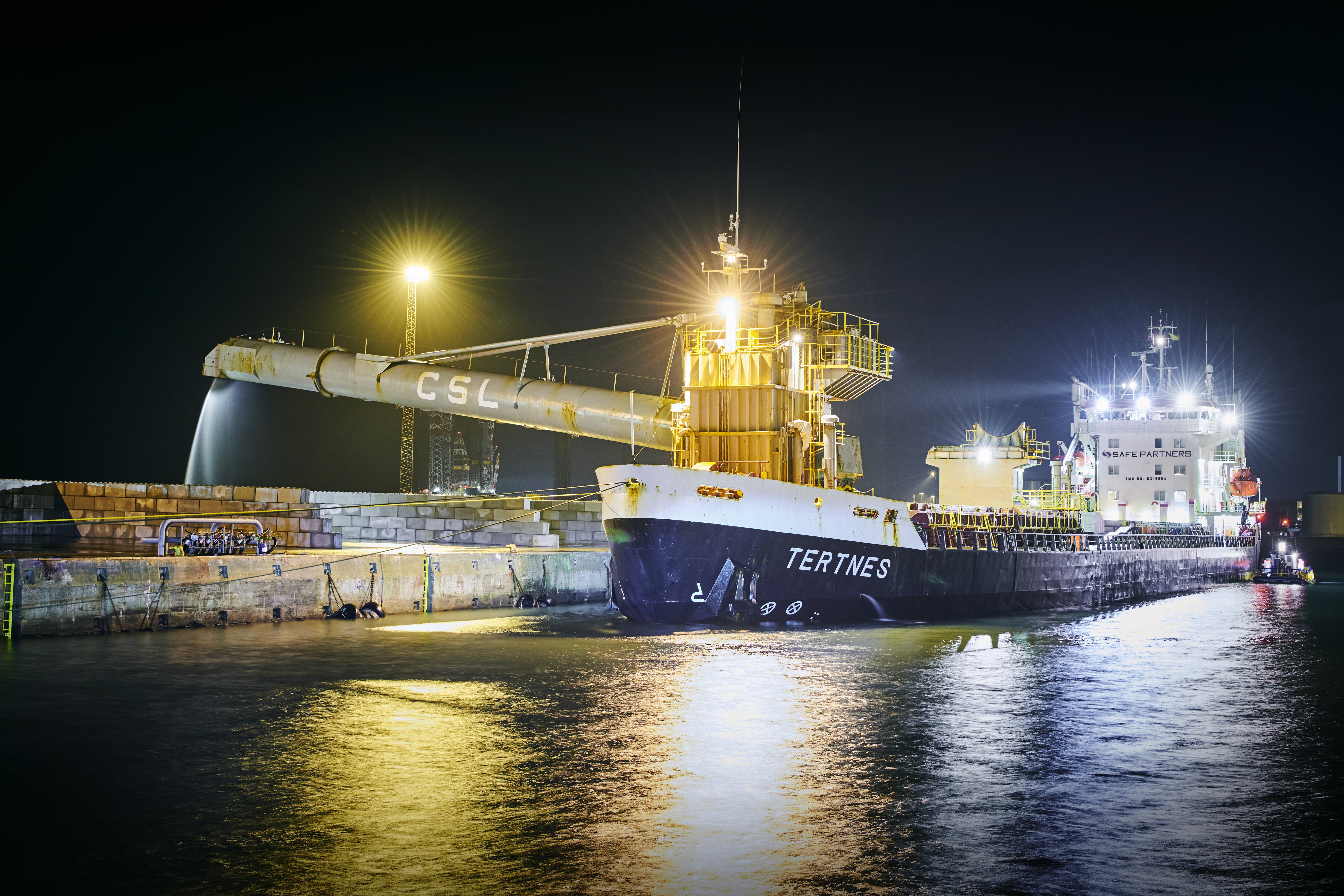 When unloading 10,200 tonnes of gravel on Friday night, Stema Shipping’s M/S Tertnes became the first bulk carrier ever to use Port Esbjerg’s newly established bulk terminal. Expectations are that the terminal will attract more business to the Port of Esbjerg.

“The bulk terminal was the perfect place to unload the gravel from M/S Tertnes, as the cargo consisted of four different fractions,”
Søren Stougaard, shipbroker of Blue Water Shipping.

The new bulk terminal offers a combined capacity of about 17,000 m3 intended for cargoes of sand, crushed stone, gravel, and granite.

Stema Shipping’s M/S Tertnes has a carrying capacity of 11,546 DWAT and is 129 meters long and 20.5 meters wide. This modern specialty bulk carrier has its own unloading jib, which considerably increases the unloading capacity as compared with unloading using a mobile jib crane.

-I hope and believe that both existing and new customers will use the new terminal, increasing the volumes of imports and exports alike. I am confident that we will achieve that because you can load and unload large volumes and store your goods for a prolonged period of time. Normally, you have to unload directly on the quay and then quickly remove the goods again,” explains Søren Stougaard.

“We’ve always had bulk at the port, but with the new bulk terminal, we’re expanding our offering by facilitating bulk goods handling in a structured way. We’re confident that this will attract more business to the port, and delighted to see M/S Tertnes inaugurating our new facility, which is the first step to achieving this goal,”
Port Esbjerg CEO Dennis Jul Pedersen.