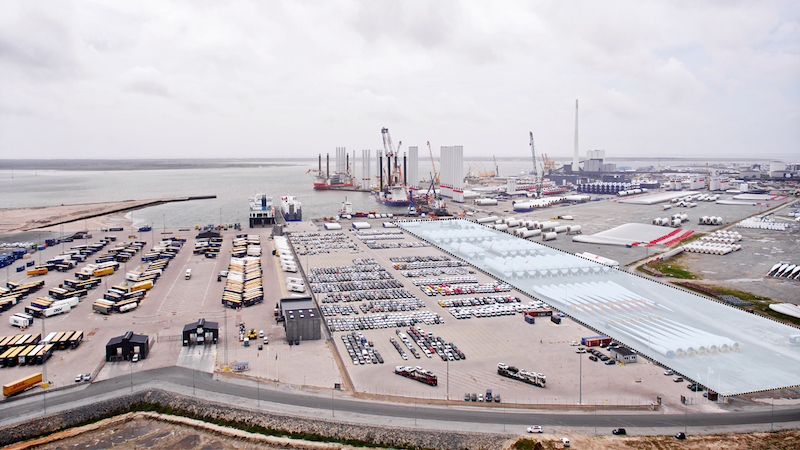 According to a press release, the Board of Directors of Port Esbjerg have adopted the construction of a new, 40,000-m2 multi-terminal in the eastern port area, in response to increased demand for areas for the storage and shipping-out of cargo. The new terminal is expected to be completed by the end of the year.

Port Esbjerg can see increasing demand for areas with access to quays and cranes. The port is therefore now establishing a new 40,000-m2 multi-terminal west of the existing multi-terminals in the eastern port. The terminal will have direct access to the three ramps already established at the quay.

“We can see increased demand for sites for the storage and shipping-out of cargo, cars and, containers, as well as components for the wind turbine industry. The new terminal is intended to meet that demand, giving our customers the best possible conditions for running and developing their business,” says Dennis Jul Pedersen, Port Director at Port Esbjerg.

The new terminal will be surfaced with concrete tiles, and drains will be built, fences set up and gates installed. The costs of establishing the terminal are expected to run to a total investment of around DKK 15 million.

In 2018, Port Esbjerg handled 4.4 million tonnes of cargo, as a hub for RoRo traffic, with six fixed liner services and connections to more than 25 ports. Port Esbjerg is also Denmark’s largest hub for car imports. In Europe, 19.6 million cars are manufactured per year and the trend is for more and more of these cars to be held in stock in the ports from which they are shipped. The same trend applies to trailer traffic, with more and more cargo being transported by sea.

“Sea routes are becoming increasingly competitive compared to road transport, due to the falling costs, among other things because bigger ships are being built. There is also a general focus on moving more of Europe’s traffic from road to sea, to alleviate motorway congestion problems. So we have faith that the positive development will continue, offering new opportunities for our customers, which we must help them to fulfil,”
Dennis Jul Pedersen

Besides car imports and cargo, the port also expects the terminal to improve opportunities to ship out heavier project cargo, such as components for the wind turbine industry, and for the consignment of heavy machinery such as agricultural equipment.

An invitation to tender for the construction of the new terminal will be announced during the new few weeks. The terminal is expected to be completed in November 2019 and will be located adjacent to the two existing multi-terminals at the port, which are operated by Blue Water Shipping and Scandinavian Auto Logistics.