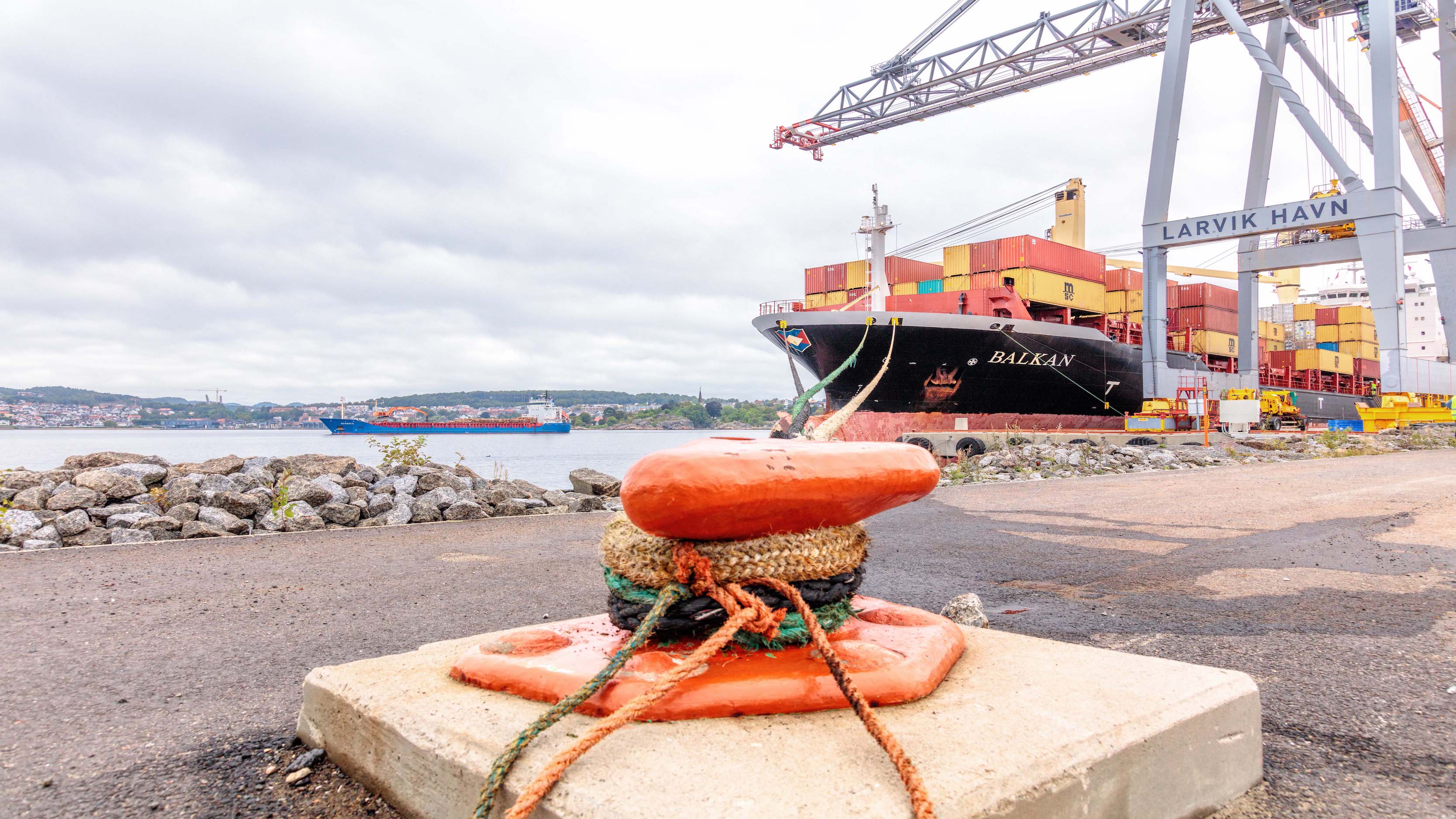 So far, the Port of Larvik has handled six percent more container units /TEUs compared to the corresponding period in the peak year 2018. With 63,100 TEUs per third quarter, a new record year for container operations at the Reef in Larvik is underway. Traffic will probably pass last year’s level by a substantial margin by the time we reach the end of the year.

The positive development in container traffic over Larvik harbor is very satisfying. Through effective operation for many years, we have been able to invest in modern facilities to become the natural junction between sea and land transport.
Marketing Manager Larvik Harbor, Beate Palmgren

The container terminal at Larvik harbor has a 16 percent market share of container traffic in the Oslo Fjord and handles up to 80,000 containers annually. The port of Larvik is Norway’s second-largest container port. An important export item from Larvik is Larvikitt.

The export of Larvikitt to significant markets in the East and our continent makes the harbor a beating heart for the entire Larvikitt industry. Larvik Harbor secures many local jobs and helps make the stone industry competitive internationally, says the marketing manager.

Around 683,000 passengers traveled by ferry between Larvik and Hirtshals during the same period, which is two percent more than last year.

At the end of the third quarter, more than 1.4 million tonnes of cargo was loaded and unloaded in the port of Larvik. A decrease of 23 percent from 2018 but related to the development in project-dependent bulk traffic, which has a significant impact on freight volumes.

Total operating revenue amounted to NOK 50 million at the end of Q3. A slight decline compared to last year and is related to the overall traffic development across the port.

The port as an engine for business development

The port is vital for further development of business in the form of new jobs and new companies, and the municipality in the way of increased tax revenues. The total tax effect from activities in Larvik harbor is an estimated nine percent of the total tax revenue in Larvik municipality. The port has an estimated employment effect of about 1,000 full-time equivalents in the district.

A sound and sustainable economic development enables us to meet the future demands and expectations of the users of the port and the region’s business community.
Marketing Manager Larvik Harbor, Beate Palmgren

More than 400 jobs are directly linked to the business today. The workplaces and ripple effects the harbor creates for the region – by contributing to the positive development of local industry – are Larvik Harbor’s most important role, now and in the future, says Palmgren.

Larvik Harbor is self-financed without public financial contributions and must ensure acceptable profitability and a sustainable economy.